The perfect accessory! Our Profile Wall-Mounted Chalk Bowl gets the chalk out of the way. No more buckets to kick over, stands to trip on, or awkwardly hung pails to run in to. Put your chalk in a bowl on the wall, and store your medicine ball on top if you want.

All mounting hardware is included.

Thank you for submitting a review!

Your input is very much appreciated. Share it with your friends so they can enjoy it too!

I love my new PRX gear. Everything arrived pretty fast. I love working out with my new weights and bar. Great quality and great service.

I have ordered a low profile folding squat rack, a pull up bar, dual barbell holder, chalk dish, plate holders, and a single barbell holder from PRX. I am extremely happy with all my purchases. Everything was easy to install and quality product. Great for a garage gym. 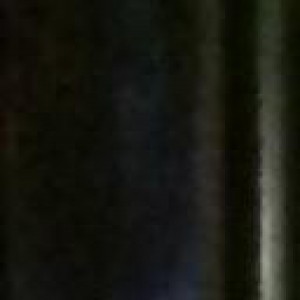 United States
So fresh and so clean!

Super easy to install and super sturdy. I was a bit nervous that it was going to be a cheap product but it’s solid!

Great and sleek looking chalk bowl. Not much to rate as far as performance but it sure looks nice!

Ordered a wall mounted chalk bowl and it took about five weeks, as stated on the website. The quality is great but I was anticipating something smaller (there are no dimensions listed). It juts out about 13” from the wall, a little too big to just hold chalk. The issues I had were shipping related. After getting an email notification that the item was shipped, I received notification from FedEx that there were 8 packages weighing 400-something pounds coming to me. I tried calling PRx but they aren’t taking phone calls (understandable given the times). However, it took 5 days for a response to my email, assuring me that the issue was resolved and I wouldn’t be getting all the packages I hadn’t ordered. Same day as the email response, I get a bunch of boxes delivered to my home. The response from my next email was quick and it took FedEx 2 days to pick up the packages. About a week later, I got another package from PRx that I didn’t order. Not a big deal and it doesn’t take away from the quality of the product, just an unneeded hassle. Also, shipping was pretty pricey for the weight.

This chart is a visual depiction of our ceiling solutions for shorter ceiling heights. Please email or call us with any questions or concerns so we can make sure that you get the right instructions when you order! We will recommend what measurement fits you best, based upon your specific case.